Courage is the main quality of leadership, in my opinion, no matter where it is exercised. Usually it implies some risk – especially in new undertakings. Courage to initiate something and to keep it going – pioneering and adventurous spirit to blaze new ways.   – Walt Disney

Walt Disney – and the company he founded in 1923 – was no stranger to adversity and even failure.

The setbacks, tough times, and even failures of Walt Disney are well-documented. In every case, he led the company bearing his name to greater success in spite of adversity.

Today is a sobering, disconcerting time to be a Cast Member of any Disney organization. In the last week I have had several conversations with both current and former Cast Members, and to a person, there has been one trait that stands out.

Even when it is hard to see in the increasing numbers of Cast Members laid off, the curtailment of operations, the postponement of work in progress, and the likely cancellation of future planning, optimism is the underlying strength of the Walt Disney Company.

So where did that come from?

Jim Korkis is a Disney historian and long-time writer and teacher about Walt Disney and the organization he created. Who’s the Leader of the Club: Walt Disney’s Leadership Lessons is a departure for Korkis in that his usual subject matter is about the culture and history of Disney, a topic which he is uniquely qualified to write about.

As a boy, he grew up grew up in Glendale, California, which just happened to be located next to Burbank – the home of the Disney Studios. Korkis was an inquisitive and undaunted fan of Disney who not only watched the weekly Disney television series but took the initiative to write down the names he saw on the end credits.

He matched passion with inquisitiveness and began to look for those names in the local phonebook. Upon finding one, he would call the individual up and ask them about their work. Many were gracious enough to invite Korkis to their homes where he spent hours being enthralled by their stories of their work at the Disney organization.

Fast forward decades, where you will find that Korkis relocated to Orlando FL to take care of aging parents. In his own words,

I got a job at Walt Disney World that included assisting with the professional business programs, where I met many executives who had worked with Walt Disney and been trained by him.

I was often called on to research, design and facilitate customized programs for different Disney clients like Feld Entertainment, Kodak, Toys “R” Us and more that touched on both the connections of the individual companies to Disney history, as well as how Walt did business.

I was tapped to do this work because of my knowledge of Walt Disney and his approach to business.

I got the opportunity to meet with some of Walt’s “original cast.” I was enthralled by their stories and experiences and took detailed notes. Hearing stories about how Walt led and how he expected others to lead with compassion, integrity and common sense made a huge impact on me.

Twenty years later, the result is Who’s the Leader of the Club.

Korkis goes to great lengths to use Walt Disney’s own words, from a variety of published and unpublished interviews, as well as the words of those who personally experienced him in action, to help elaborate and describe the basic concepts.

In doing so, we have delivered to us a refreshing breath of fresh air – a business book using the words and actions of a rare genius that are glaringly absent from most organizations today.

In my case, it’s actually to re-inspire old generations. As a Baby Boomer, I grew up with “The Wonderful World of Disney” as a weekly television show. As a child, I was taken to see most of the Disney films of the 60’s and early 70’s. As a teenager, I took myself – and then, once I became a father, took my family to see those movies. Though I only visited Walt Disney World once as a teenager, I maintained a fascination with the Disney organization that has continued to grow through the years.

In the early 2000s my vocational role as a consultant to churches took on a specific niche – a focus on guest experiences. That lead to a Disney immersion of research, books, films, on-site visits, and conversations with Disney Cast Members past and present. Over the past three years alone, I have spent over 70 days on Disney properties from coast to coast – and on the oceans. My Disney library numbers over 400 volumes – the oldest released in 1939; the newest coming hot off the press next week.

Vital to that immersion was the work of Jim Korkis – through his books and writings by, for, and about Walt Disney and the Disney organization.

By his own admission, Who’s the Leader of the Club was the most difficult book Korkis has ever written. That may be true from his perspective, but the words and stories flow off the page and into the reader’s conscience in an almost imperceptible manner.

Leaders of any organization would do well to settle in with Who’s the Leader of the Club, and be prepared for a story-filled journey of insight into one of the most creative geniuses of recent history.

Along with the stories the reader will find seven “lessons” about Walt Disney’s leadership. Best of all, Korkis concludes each of the “lesson” chapters with a one page checklist called “What Would Walt Do?” summarizing the key points in the lesson and a space to write notes.

Of course, when Korkis wrote the book, he could not have anticipated the  uncertainty caused by the disruption to the Disney “kingdoms” around the world by the pandemic.

Disney will emerge a greatly-changed organization – and future generations of families – and leaders – will benefit from it. After all, Walt Disney himself went through countless setbacks, and even failures, before the launch of the Walt Disney Company in 1923…

…and look what that has brought to the world in the almost-100 years since!

What are you waiting for? It’s time to join the “club!”

For more on the book by Korkis himself, see here. 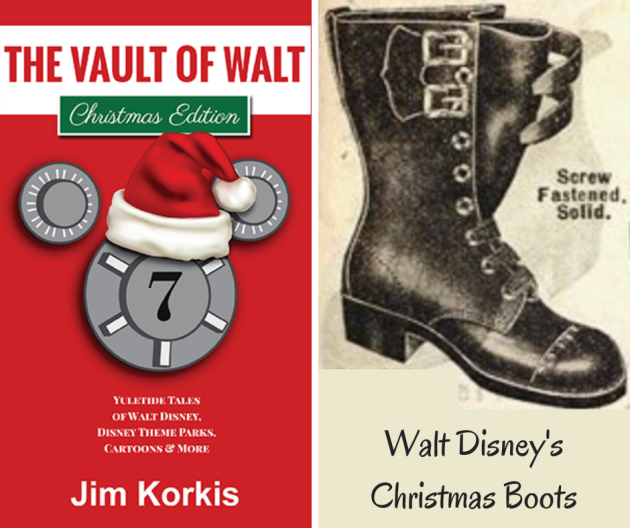 What’s on your bookshelf for reading this summer?

Here’s a couple of new books for your consideration:

Who’s the Leader of the Club: Walt Disney’s Leadership Lessons, by Jim Korkis

Disney’s Hollywood Studios: From Show Biz to Your Biz, by J. Jeff Kober

Korkis and Kober are no strangers to the Disney organization – both are former Cast Members, and both have written extensively about various aspects of Disney.

Who’s the Leader of the Club is Korkis’ first venture into a business application of his vast knowledge of all things Disney, and he certainly doesn’t disappoint. He provides a section on Disney and Leadership and then follows that with seven leadership lessons as exemplified by Walt Disney. The final section is a collection of quotes, bad leadership examples, and stories by and about Walt Disney’s leadership.

Disney’s Hollywood Studios is Kober’s second Disney-specific book with a business theme, and takes the reader “behind-the-camera” to understand and apply the Disney magic to any organization. The book contains over forty chapters of park history, Disney trivia, and business best practices designed to help your organization get ready for its closeup.