Do you seem to be using more and more words, yet communicating less and less?

Today more than ever, we live in a visual society. Especially in the online world, everyone relies on the power of photos and engagement of video.

While researching a project recently, I was struck by three surprising data points from visual communicator Dan Roam:

90%-90%-90%. We’re generating more data than ever, that data is overwhelmingly visual, and most of us don’t know how to use images. No matter what business you’re in, the future of your business is visual.

As a church leader, it is incumbent that you get better at using visual images in your communication.

Whether drawing them, looking at them, or talking about them, visual communication adds enormously to your listener’s ability to think, to remember, and to do.

Visual imagery is, in itself, another whole language. Being fluent in that language gives us mind-boggling power to articulate thoughts, communicate those thoughts, and solve problems in ways we otherwise wouldn’t be able to.

There is NO SUCH THING as a mindless doodle!

What did Einstein, JFK, Edison, Marie Curie, and Henry Ford have in common? They were all inveterate doodlers. These powerhouse minds knew instinctively that doodling is deep thinking in disguise-a simple, accessible, and dynamite tool for innovating and solving even the stickiest problems.

Sunni Brown’s mission is to bring the power of the Doodle to the rest of us. She leads the Revolution defying all those parents, teachers, and bosses who say “Stop doodling! Get serious! Grow up!”

She overturns misinformation about doodling, demystifies visual thinking, and shows us the power of applying our innate visual literacy. She’ll teach you how to doodle any object, concept, or system imaginable, shift habitual thinking patterns, and transform boring text into displays that can engage any audience.

“Doodling” in meetings can help you think. The downside is that it can make it appear that you’re not paying attention, but the upside is that those “barely fit for the wall of a cave” drawings can help clarify complexity, defog obscurity, uncover opportunities, and even share ideas.

You may be equally bad at art with both hands, but there is something personal, emotional, and contagious about a hand-drawn sketch that simply conveys a problem or solution.

The goal of the Doodle Revolution is to get people to lean how to think better  using visual language.

The Visual Alphabet is a twelve-letter alphabet that would allow even the most hopeless of artists to be able to visualize anything with minimal practice.

As you can see, the Visual Alphabet is composed of twelve “letters.” We call them letters because they’re the visual equivalent of alphabetic letters. Six of the letters are what we call “forms,” meaning that they are visual marks that, without purposeful manipulation, do not close in on themselves.

The remaining six are called “fields,” meaning that they fold back in on themselves, forming a closed visual field.

The Visual Alphabet is almost as valuable as the alphabet. When we dust it off and use it, we suddenly have an enormous range of communication possibilities at our disposal. Any object, form, or figure can be deconstructed using the letters of the Visual Alphabet.

Draw a box like the one below, and recreate the Visual Alphabet. After completing the images, write the words corresponding to each image. 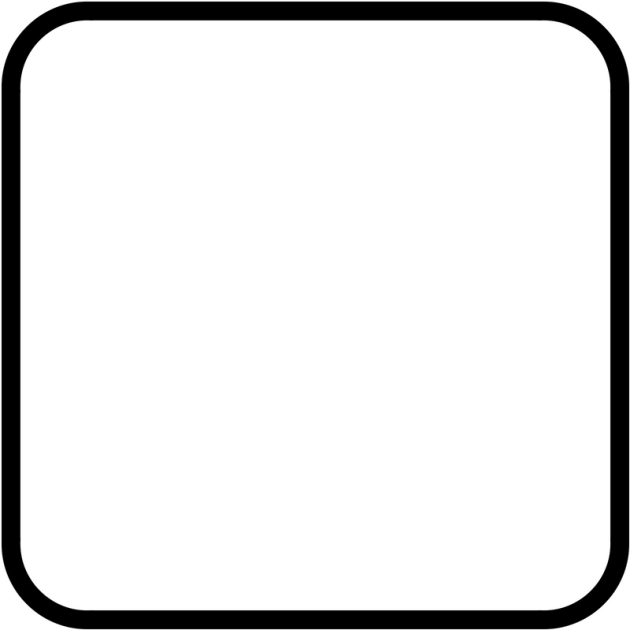 Draw another box like the one below, and using the Visual Alphabet, “reverse engineer” one object you see around you – anything in your line of sight: chairs, tables, laptops, people.

Now pull out your last sermon or communication piece. Look back at your main point or call to action. Now try and recreate that using the visual alphabet using a box like the one below.

What did you struggle with in doing this? Was your central theme too complex? What did you learn about those words as you described them with visual “letters?”

How can your next communication be clearer using this technique?

If you feel uncomfortable, remember this is an alphabet. You learned to read and write by practicing. The Visual Alphabet is like a starter kit for learning to express ideas as images.

We are living and leading in the most visual age known to man. You can become a powerful visual communicator using the ideas above.

Being a visual leader means that you and your fellow leaders are the buoys and beacons that point out direction and highlight what is “right” to focus on. In times as dynamic and uncertain as ours are now, your willingness to show up as a learning leader – someone who can listen as well as direct, who can explore and question as well as declare – is at a premium.

When something is unclear, start drawing. It will unleash the problem-solving power of your visual mind.

Regular daily reading of books is an important part of my life. It even extends to my vocation, where as Vision Room Curator for Auxano I am responsible for publishing SUMS Remix, a biweekly book “summary” for church leaders. Each Wednesday I will be taking a look back at previous issues of SUMS Remix and publishing an excerpt here.