Recently I recalled a consulting job several years ago where I was speaking to a church about the formation of a team to work on the planning for a new building. During one of the sessions I was speaking on the importance of including the facility manager on the building team in a church project, and I tossed out the following statement: The person who sweeps the floor should choose the broom. 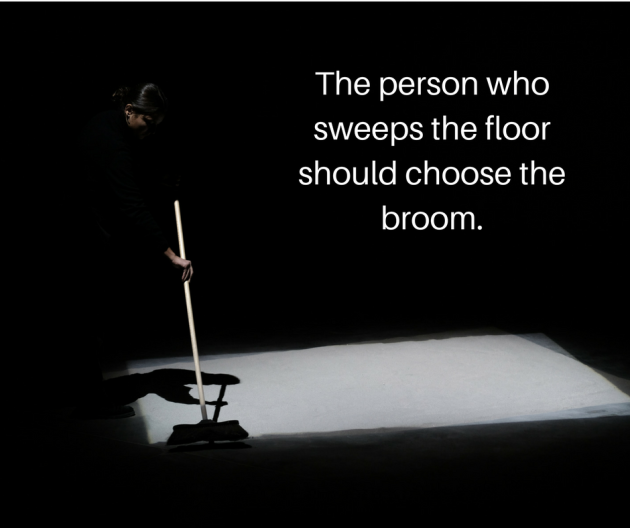 That brought out a lot of chuckles from the attendees, but the point hit home: Operational staff members almost never get the chance for input into the decision-making process, yet they are held responsible for the ongoing outcomes of the decisions. That statement and the following story came to mind recently while working on a teamwork project for a future presentation.

James Watson and Francis Crick can arguably say they answered the question, “What is the secret of life”? The pair discovered the double-helix structure of DNA, the biological material that carries life’s genetic information. During an interview on the 50th anniversary of their discovery, Watson was asked how he and Crick had solved the problem ahead of many other highly accomplished, recognized scientists. Watson’s answer included identifying the problem first, being passionate and single-minded about their work, and their willingness to attempt approaches outside their area of familiarity. Then he added something that was astounding: they had cracked the DNA code primarily because they were not the most intelligent scientists pursuing the answer.

Watson went on to say that the most intelligent person working on the project was Rosalind Franklin, a brilliant British scientist who worked alone. “Rosalind was so intelligent that she rarely sought advice. And if you’re the brightest person in the room, then you’re in trouble.”

That comment highlights a common occurrence in church leadership: When dealing with a specific problem or issue, leaders should ensure that they collaborate with team members toward its resolution, even if they are the best-informed, most-experienced, or most skilled person in the group. Far too often, leaders – who, by virtue of greater experience, skill, and wisdom, deem themselves the ablest problem solver in the group – fail to ask for input from team members.

Scientific studies have shown that groups who cooperate in seeking a solution are not just better than the average member working alone, but are even better than the group’s best problem-solver working alone. Lone decision-makers can’t match the diversity of knowledge and perspectives of a multi-person unit that includes them. The ability to distribute many subtasks of a problem to its members – parallel processing – enables the group to outperform the individual who must address them sequentially.

Are you a church leader working in a group? Don’t relinquish your leadership role, but make sure your process allows group members to offer insights, cooperate, and collaborate with each other. The Bible has a lot to say about that, but that’s for another time!