It’s August, and most kids are back in school.

At our house, our youngest (of four) is a senior at Johnson and Wales University, where he will finish classwork a semester early. When he graduates next spring, it will be the culmination of a lot of years of school – our oldest started kindergarten in 1986. With four kids, born four years apart, that’s 29 straight years of some form of education: elementary, middle, and high school; undergraduate and graduate school.

Wow – have things changed a lot in those 29 years!

Which brings me to one of my favorite days – and topics – of the year: the release of Beloit College’s Mindset List for this year’s incoming college freshman class, the graduating class of 2018. 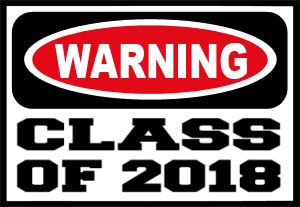 Each August since 1998, Beloit College has released the Beloit College Mindset List, providing a look at the cultural touchstones that shape the lives of students entering college this fall. The creation of Beloit’s former Public Affairs Director Ron Nief and Keefer Professor of the Humanities Tom McBride, it was originally created as a reminder to faculty to be aware of dated references, and quickly became a catalog of the rapidly changing worldview of each new generation.

arrive on campuses in the coming weeks, coming with a view of the world quite distinct from their mentors.  Most born in 1996, they have always had The Daily Show to set them straight, always been able to secure immediate approval and endorsement for their ideas through “likes” on their Facebook pages, and have rarely heard the term “bi-partisan agreement.

Please read the whole list here, but these are my Top Ten:

Behind the light humor of the Mindset List there are always some serious issues about the future of the class and their role in the future of the nation,” notes the List’s editors Ron Nief and Tom McBride. “The digital technology that affords them privacy from their parents robs them of their privacy amid the “big data” of the NSA and Google. How will the absence of instant online approval impact their performance in the classroom and work-place?

If you’re more visually-minded, here is a brief interview with the authors.