It’s August, and school is back in session for most students.

That means it’s time for my annual encouragement for leaders to take a look at the mindset of this year’s entering college freshmen, the class of 2017 – courtesy of Beloit College. 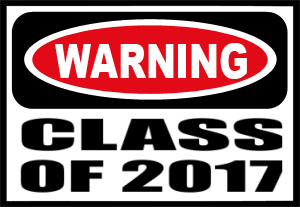 Each August since 1998, Beloit College has released the Beloit College Mindset List, providing a look at the cultural touchstones that shape the lives of students entering college this fall.

Prepared by Beloit’s former Public Affairs Director Ron Nief and Keefer Professor of the Humanities Tom McBride, the list was originally created as a reminder to faculty to be aware of dated references. It quickly became an internationally monitored catalog of the changing worldview of each new college generation.

When the Class of 2017 arrives on campus this fall, these digital natives will already be well-connected to each other. They are more likely to have borrowed money for college than their Boomer parents were, and while their parents foresee four years of school, the students are pretty sure it will be longer than that.  If they are admirers of Steve Jobs and Bill Gates, they may wonder whether a college degree is all it’s cracked up to be, even as their dreams are tempered by the reality that tech geniuses come along about as often as Halley’s Comet, which they will not glimpse until they reach what we currently consider “retirement age.”

They will study hard, learn a good deal more, teach their professors quite a lot, and realize eventually that they will soon be in power. After all, by the time they hit their thirties, four out of ten voters will be of their generation. Whatever their employers may think of them, politicians will be paying close attention.

You need to read the whole list here, but these are my Top Ten:

The List was compiled to identify both the common ground that teachers and students share, and the mine fields of misunderstanding that seem to grow wider with every forgotten reference to the Berlin Wall or Monica Lewinsky.