A previous post was a brief look at the bold Transformation Agenda that Starbucks put into place early in 2008 to overcome their decline. The Agenda contained a mission statement and 7 Big Moves designed to return Starbucks to success.

Within a few months, at their April 2008 shareholders meeting, Starbucks rolled out the following six transformation initiatives: 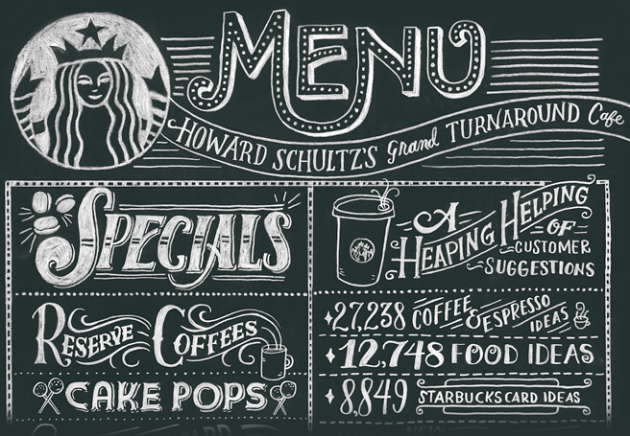 All of these engaging tools that helped Starbucks navigate through a very unpredictable journey, one milestone at a time.

The initiatives introduced at that meeting each heralded a return to the core values of Starbucks – coffee, customers, innovation, and values – but they weren’t enough by themselves to bring the company back from the brink.

Painfully personal decisions were the final step in the transformation.

an updated post from a series reviewing Onward, by Howard Shultz

preparation for a new series coming soon on Leading the Starbucks Way, by Joseph Michelli